Saturday, November 14th, 2009
Mysterious product branded Ingersoll Deluxe. A quick search shows that under the same brand in the years 1930-1940 in the U.S. produced watches with Mickey Mouse. More about Ingersoll know nothing :)

Lighter itself is very heavy for its size - it is suspected that the body is made of an alloy with the addition of lead (as evidenced and bluish-gray color of the metal, where worn). Wheel with straight incisions typical of the 1940s. The lighter has a classic cover gray crackle - "baked" paint. All in all - a very strong and do the thing thoroughly. Note the prominent wall thickness. 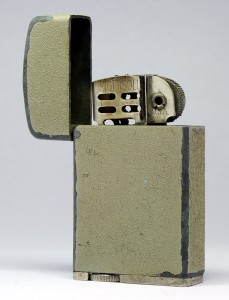 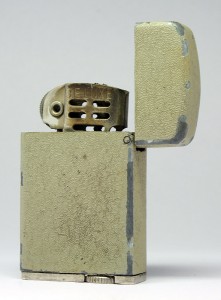 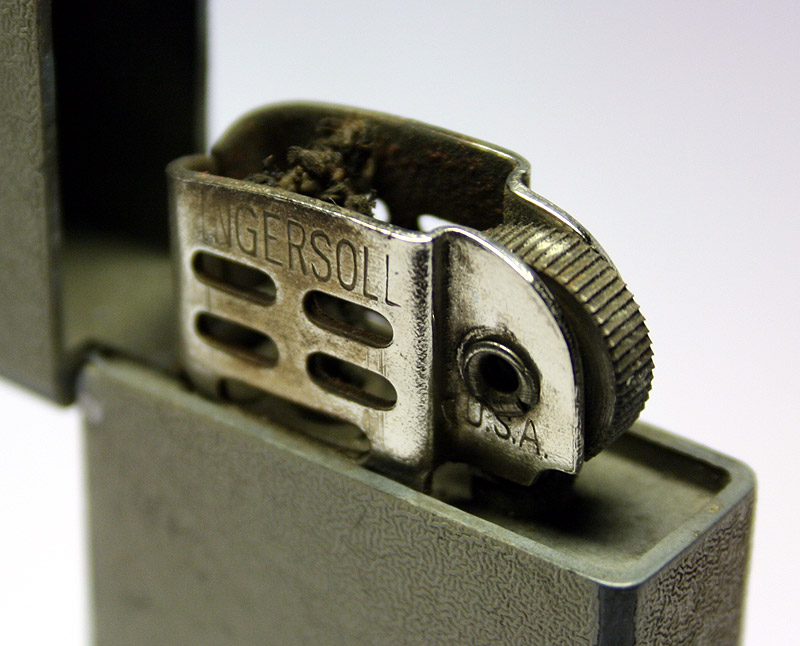 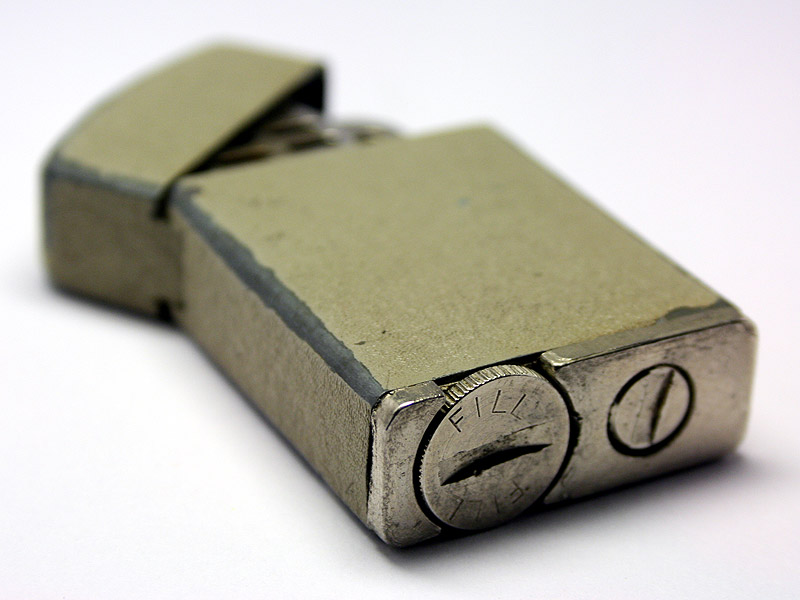 Thursday, November 12th, 2009
Small Austrian lighter Noblesse - anyone not like. It is automatic: when you press the lever lid opened, striking a spark. Cap pulled two springs, which can be seen inside. A typical representative of the "machine age" - the 1950s of the 20th century. 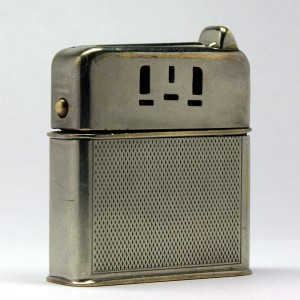 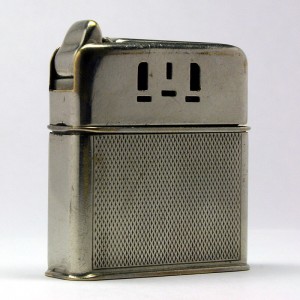 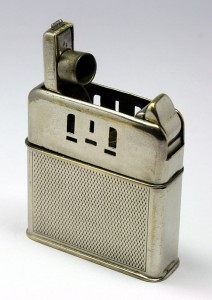 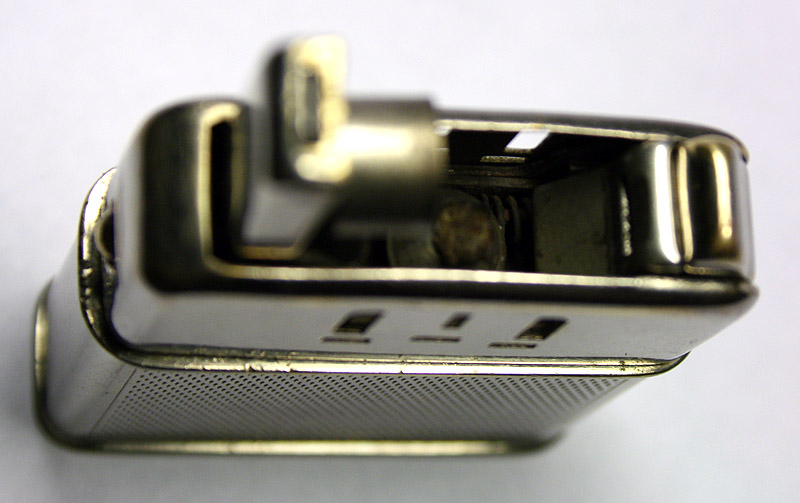 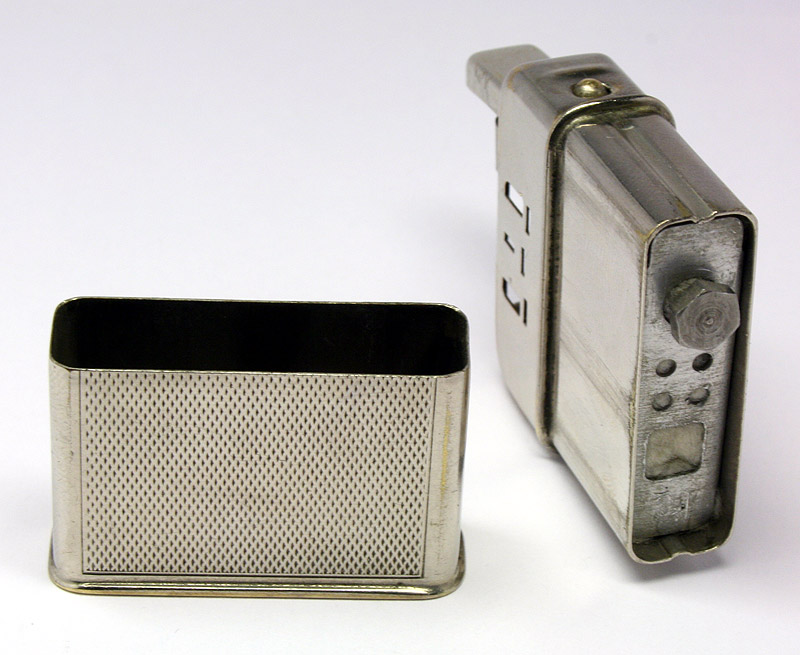 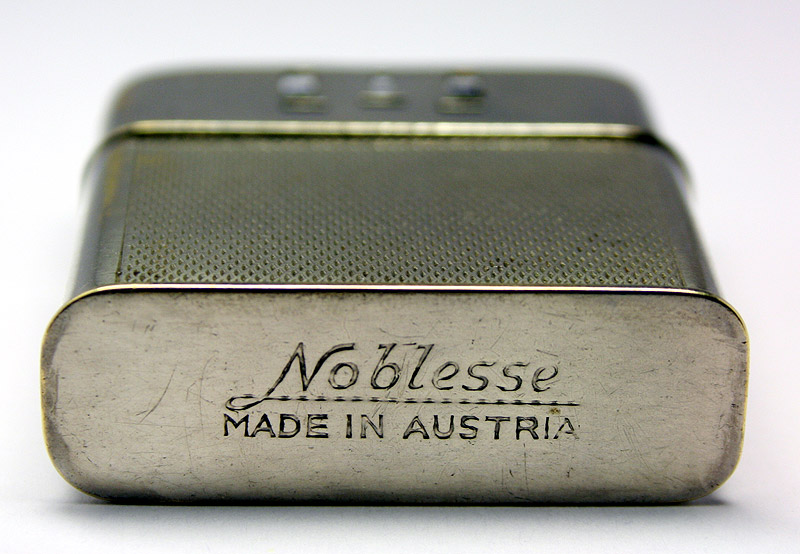 Friday, October 30th, 2009
Today I'll show you one of the most unusual lighters ever get to the page of our website. Dangerous gadget: a self-igniting lighter, running on methanol, without flint and without any moving parts! 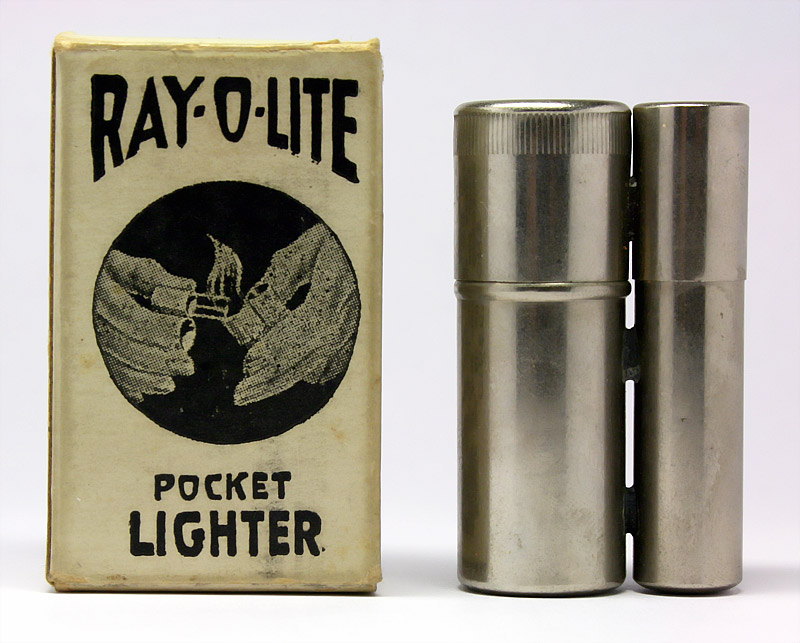 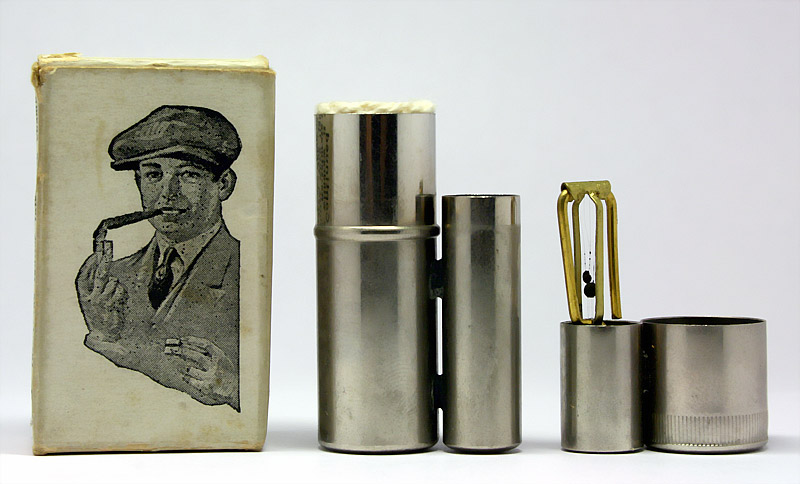 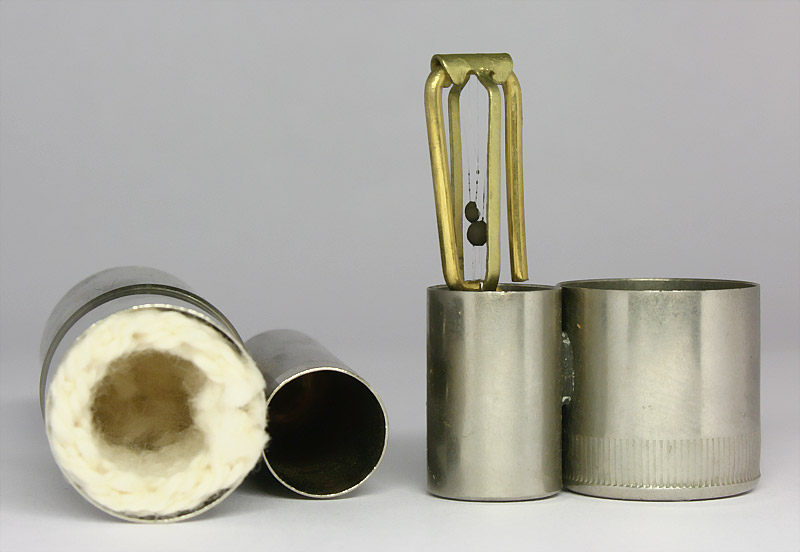 Such lighters its appearance in the 1920s of the 20th century (and are produced by several different companies, and up to 1950) are required to open the German chemist Johann Wolfgang Dobereiner, which essentially is the father and inventor of lighters as an instrument for making fire. In 1823 (wait for it - 186 years ago!) Dobereiner discovered the catalytic properties of platinum, in particular, the ability of spongy platinum or platinum black (platinum black - a fine powder of platinum compounds produced by reduction of pure platinum) Flammable hydrogen and facilitate other chemical reactions accompanied by heat and inflammation. On the basis of his discovery, he created the so-called Dobereiner lamp (or hydrogen flint), which in fact was the world's cigarette lighter, though damn uncomfortable and extremely dangerous: 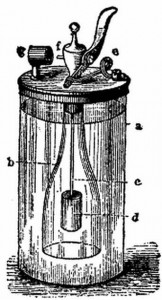 This infernal machine worked like this: a bank zinc plate reacts with the sulfuric acid, resulting in a release hydrogen. When the valve is opened hydrogen rushed out, coming into contact with the platinum plate, causing an instant reaction proceeded to heat and fire. An unknown number of users of such lighters dead or mutilated during use! However, hydrogen is a flint and became the prototype for all future lighters - with him began the era of "wearable fire", which can be obtained relatively simple (albeit dangerous) way.

Methanol Lighter Ray-O-Lite works on the same principle Dobereiner. In the large compartment (where the inside is rolled wick) is filled with methanol (aka wood alcohol). Not very much, enough to soak the wick well. On the cover of the lighter in a small part of it is a small brass frame, which is stretched very thin platinum wire, and on it - a couple of balls that same platinum black: 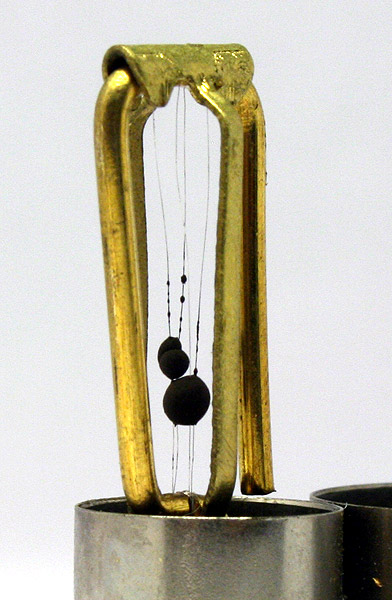 To get the fire rather slowly submerge this frame with platinum balls in the large main compartment with a wick. Platinum react with methanol vapor, causing their heating and ignition.

Here are the instructions from the box with a description of the entire process: 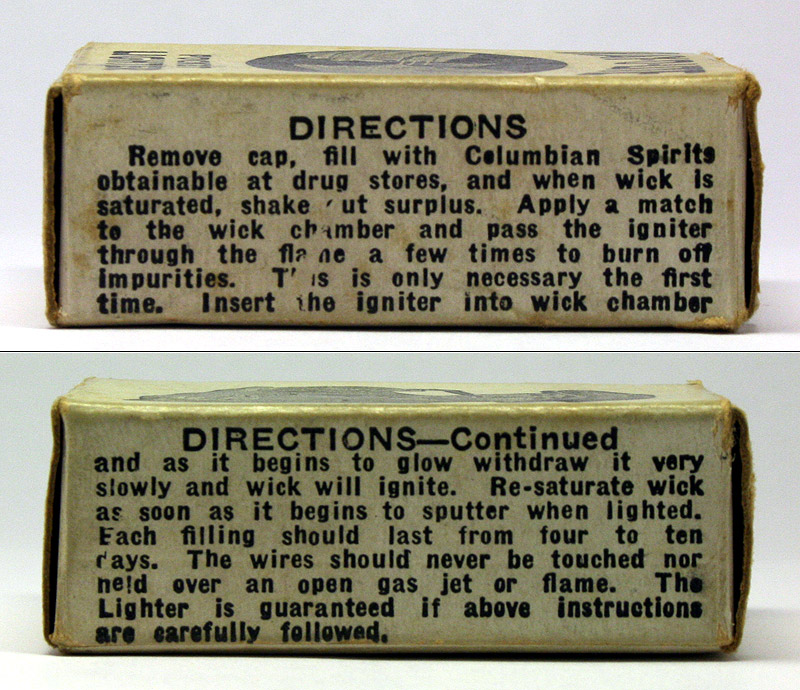 You will not believe it, but this stuff really works! Unfortunately, I could not immediately find a methanol :) to conduct tests lighter (though I believe that it will work on ethanol, the main key to success - clean fuel agent). But on the Internet, I found a photo with a demonstration of a similar lighters: 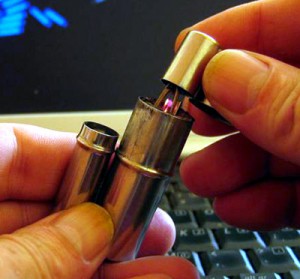 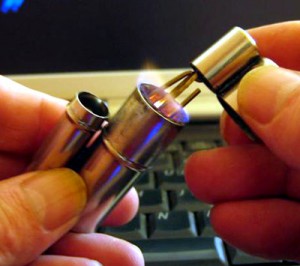 Not Zippo, but also off. Various petrol lighters.

Saturday, November 1st, 2008
Nameless Korean lighter advertising garage of one John Somerdeyla, NJ :) Pay attention to the funny stamp - brand lighters were not marked, but there is a phone number where you can order a lighter to outdoor (at least 5 dozen!) 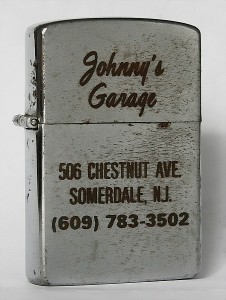 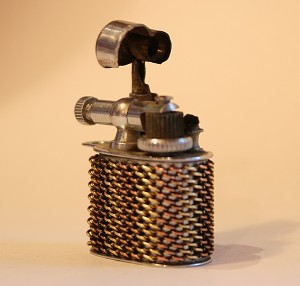 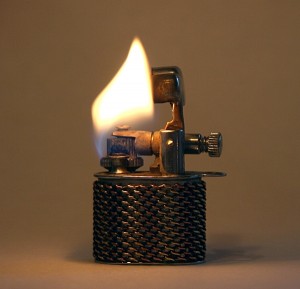 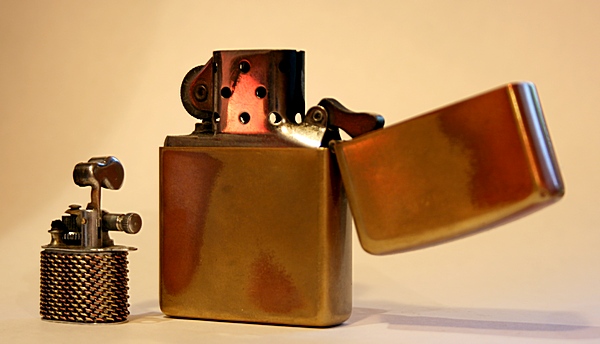 Author: kypexin | Posted in Other Lighters | No Comments "