Saturday, October 24th, 2009
Petrol Lighter Zephyr - quite rarely encountered benzinok representative of the Second World War, and in my opinion even slightly undervalued. This is one of the most beautiful models "in uniform" (black crackle or green crackle), when compared with others.

Zephyr - from rock 'neubivaemoy "lighters, under a Berkeley . But in contrast to Berkeley, which is quite lightweight and heavy cast insert, with Zephyr is the opposite: easy enough to insert a thin-wall (but still strong), but body weight and thickness of the walls ahead, it seems all my brethren!

Here is a copy of the 1940's in the green cover green crackle (yet it was called olive drab). The texture is normal "krekl", but the color is amazingly beautiful, not a banal black: 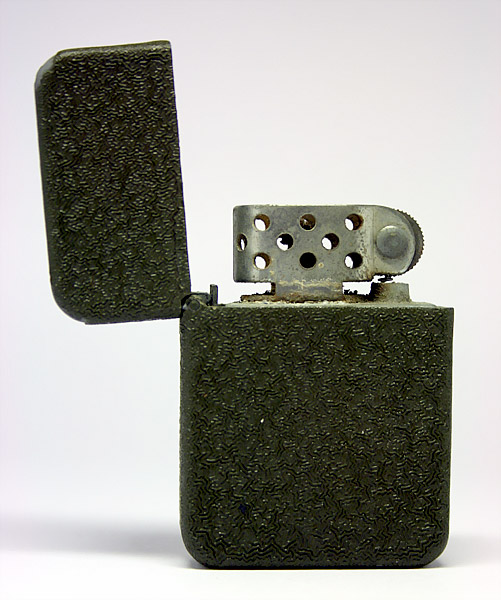 Oh, and of course pay attention to the shape of the windshield - an original I have not met anyone else, very beautiful. Structurally the windshield is made from a single piece of metal, but separate from the inserts - ie it seems to be riveted on top of the "building blocks" of inserts. Another design feature of Zephyr - no inserts inside the cotton wadding, felt and one piece "brick" in the form of inserts, similar to solid fuel cell at Zippo. 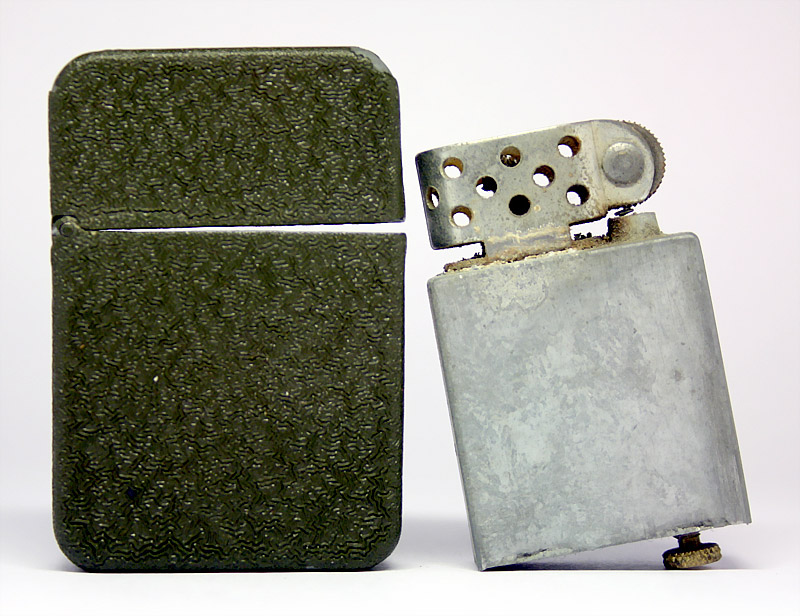 Brand name zephyr: a stamp with the name of the manufacturer, the company Galter Mfg Co, on the inside of the lid. If you did not know what he should be, by accident, you can not find at all.

Wheel of the Zephyr with characteristic 1940s horizontal incisions. The wheels seem to do on its own technology, because almost all have survived copies over the age of 60 have a very sharp, almost nestochennye teeth wheel: 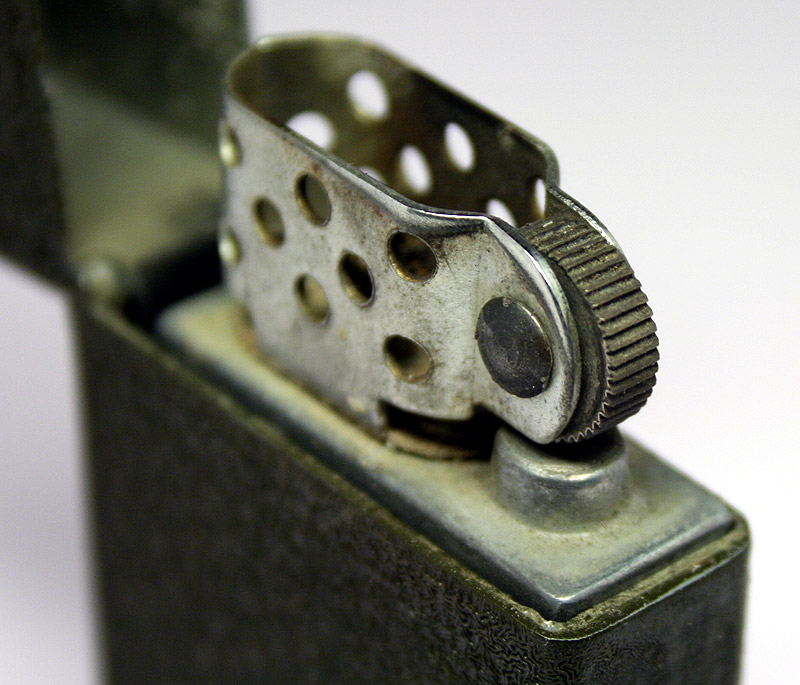 This is the wheel was especially proud of the manufacturer: the magazine advertising lighters Zephyr on June 10, 1945, it shows a close-up (real photo with a 4-fold increase) 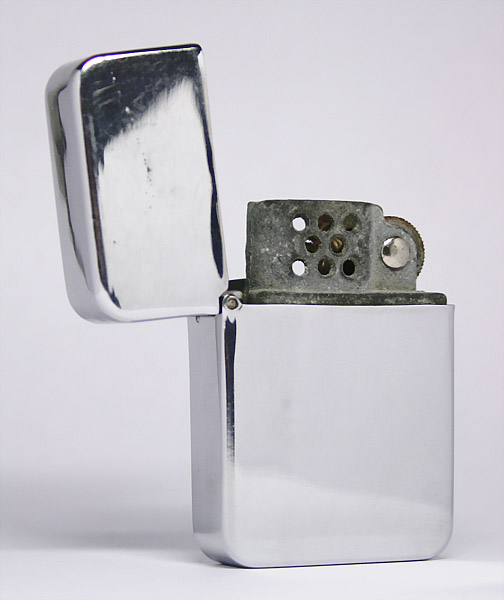 Lighter is a strange, eye is drawn to the visual difference between the body (in the form of almost identical military Zephyr, but chrome plated and polished to a shine) and insert (in appearance - blunt molding, like Berkeley, but much thinner wall inserts): 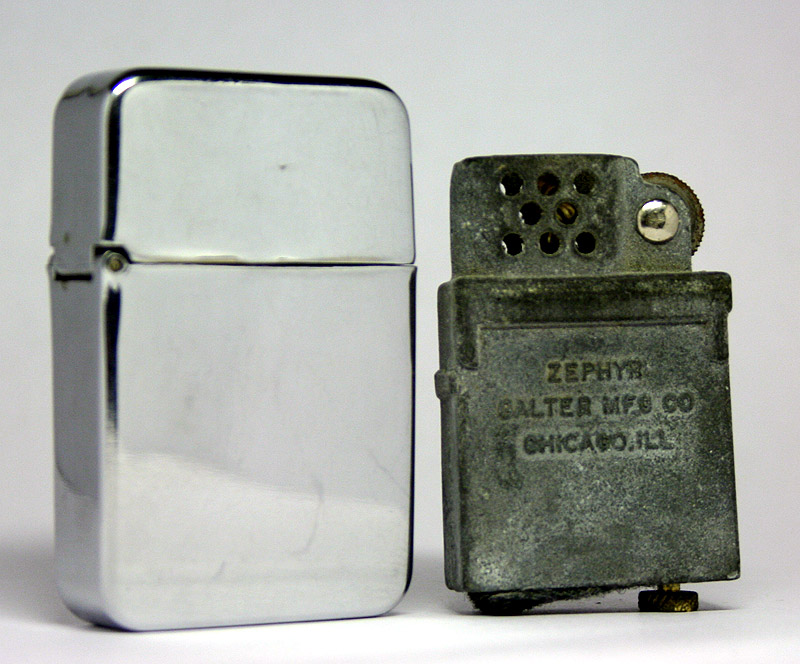 Civilian and military Zephyr together: